Several of my girlfriends try to get together at least once a month for some much-needed girl time. I guess we all need it for different reasons, but regardless, we do make an effort to meet up because, well, it’s fun.

This time, we went all crazy and decided a Monday night outing was in order. One of my BFFs (Melissa) had won a private shopping experience with a local boutique (Cake’s … check it out if you haven’t been; they were most welcoming and not at all annoyed that I didn’t come close to buying a single thing). 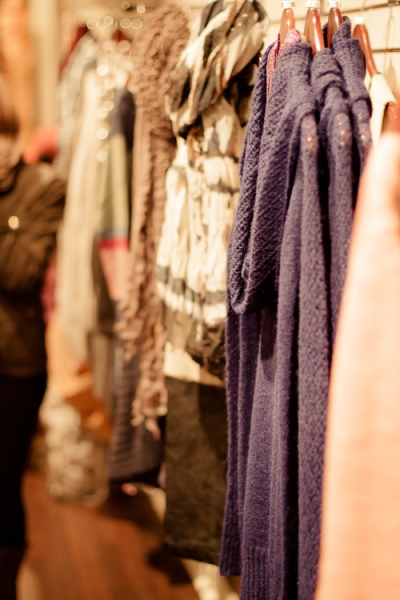 In addition to the beautiful selection, I met a few new girlfriends that night; which was totally awesome. I especially appreciated one that I learned later had complimented my arms saying that she would never wear a shirt with sleeves if she had my arms and at night she would sleep with them outside her covers so as never to cover them up. Actually, I don’t just appreciate her; I looove her. Bobbi (sp?), we need to hang out again soon!

I was also able to catch up with ‘old’ girlfriends. Lindsay, who just recently took a position at another local shop, joined us and I felt like one of my missing puzzle pieces was positioned snugly right back where it belonged.

Julie showed up after getting her ‘zen’ on teaching a maternity yoga class. I’m not fortunate enough to hang out with her much outside of work, but this girl … she’s special.

The best part of the whole night, though, was celebrating Melissa’s birthday. (She turned 28 the next day … she’s just a few months older than me). Melissa made this whole night possible. She was even kind enough to plan it around my schedule so I wouldn’t miss time with CJ to attend. Because, of course, there would be no other logical reason to celebrate on a Moan-day. But, that’s who she is. She’s selfless, kind, loving, humble, beautiful … and, etc. It’s one of those few times I could go on forever without concern because honestly, even if I attempted to inflate her ego it wouldn’t matter. She’d just get all verklempt and just say, “Aww, thanks. But tell me about you.” Because that’s who she is.

My good friend, Melanie, had the great idea to bring her a fancy cupcake and some baby cupcakes because she’s a great girlfriend, too. 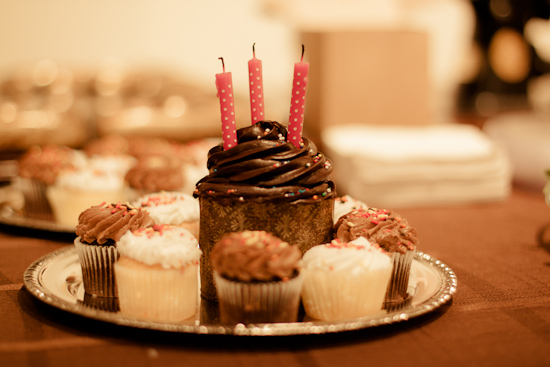 a fancy cupcake for fancy melissa

There were girls I didn’t get photos of, but that doesn’t make their presence any less important. We were able to gather, shop, eat, toast and celebrate a friend who epitomizes the very definition of the word.

A friend is one who knows you and loves you just the same.  – Elbert Hubbard

2 thoughts on “girls night out”