So this whole facade about being 28 is becoming harder to maintain because, well, in the past five months my darling young son outgrew me. I recall his well-baby visit last August and he had just hit 64.5 inches and now? He is at least 67 inches.

And aren’t inches like that first few years of your child’s life when you describe their age in months vs. years? I mean, Connor might be five foot seven but it’s making my heart hurt less to share his height as 67 inches. Just like it hurts less to say he’s now 156 months old. Whoa. Never mind, 13 years (and two days) is less frightening.

Now, for you new(er) or not-quite-yet moms and dads, you’re going to think this is so cliché but I’m not even kidding … the years are so short. And, for realsies, the days … they can be so long. I’ve never known someone who could talk for so.many.minutes. at a time. About sports. Always with the sports.

But even if my eyes glaze over talking about the NBA, I feel fortunate to have the opportunity to spend time with a young man I am in awe of. Connor shared with me recently how he came to be in relationship with Christ. And it was beautiful. And we talked about what a testimony is and how he should always be proud to share his faith with others but more importantly, just share that Jesus love he already carries with anyone and everyone he encounters. He’s also continued to show me what a caring and compassionate soul he has as he shares stories about incidents in school or at athletic events and how he’s responded to them. And, holy man, this kid is smart. I rarely check his grades because #momoftheyear, but I also know I have nothing to worry about. He has been recognized by teachers for his ability in the classroom but also for his leadership and character. I don’t know why God thought I deserved him, to be completely honest, because often I question how in the world he’s still even alive.

We’ve been celebrating for a couple weeks now. Well, the first Saturday we really celebrated was more about the fact that we could leave the house for the first time in what felt like a month (thanks, Snowmageddon, 2019!). We did a mini photo shoot out by Lake Michigan and it was one of those days that I was just so full of gratitude that he likes me as his mom. We had a blast together and even though he almost fell through the ice, it was totally worth it. We enjoyed some delicious Patriots-themed cake with family on his birthday and then enjoyed a throw-back roller skating party with some friends today (boys. and. girls.). And if I can just also give a shout-out to the friends this boy has surrounded himself with. What great kids! I’m not even mad that he tends to relate to the young ladies more than he does the young men because, at this point, we’ve agreed no girlfriend until at least college (he says high school, but whatever. I’m the mom!).

Connor James. You are my favorite and only Valentine. I loved reading back through the journal I wrote for you while I was pregnant. I was filled with every emotion possible, but mostly excitement with a healthy dose of fear that I had no clue what I was doing and I know it’s not a surprise that I still don’t, but I’m grateful. I’m grateful that you choose me over and over again; that you’re okay with my tears over random commercials and This is Us; that you still snuggle with me; that you only act embarrassed when I dance in public and that you can now officially hold me because you’re bigger. I’m so excited that you’re a teenager. I’m excited for this young man that you’re growing into. You are everything (and more) that I ever could have hoped for and I know that we have no clue what lies ahead, but the fact that I get to do this life with you is my greatest rewards. I love your stupid face so much. 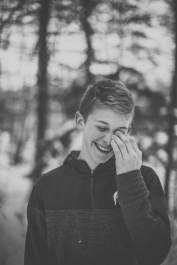 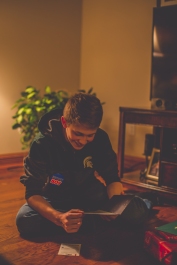 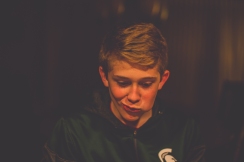 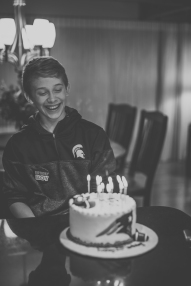 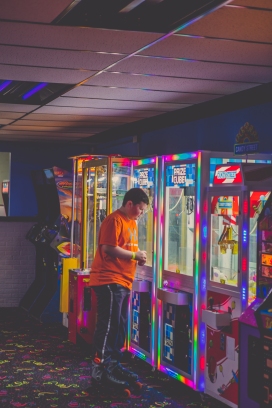 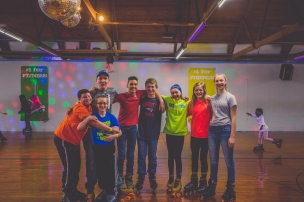 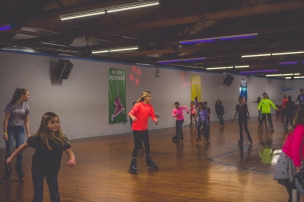 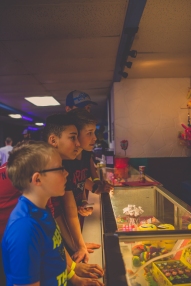 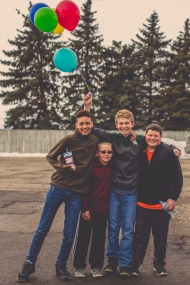