As a little girl, most of my interactions involved my immediate family (dad, mom and at the time, evil sister. she’s since come around.) and some of our extended family members. When I was in high school, though, I had the privilege of having a few close girlfriends with whom I entrusted all of my boy crush secrets (because really? that was the only real confidential info i had to share at that point). And then the boys. Ugh. I started to really like the boys and would often choose spending time with them over my treasured friends. I know.

The truth is, though, I found it easier most often to connect with boys because well, I was sort of like one? I mean, my dad nicknamed me Butch as a kiddo. Secret’s out! I enjoyed driving the tractor in the field, riding in the back of the truck and wore jeans two sizes too large (as boys do) and just actually preferred the lower drama nature of boys. Note that none of my friends were high in the drama department.

When I went to college, most of my high school relationships dissipated because truth be told, I’m a lazy friend. I mean, I like to consider myself a good friend but I’m terrible about keeping in touch because I tend to dive into absolutely everything right in front of me … and at that time it was school work, followed by boys and then having a job. I just didn’t do a good job of making the time for anyone else outside of that. Confessions are hard.

Fast forward to the past five years when I’ve had the opportunity to reconnect with some really special women. I still admittedly suck at keeping in touch and making plans with said women but I do my best.

When I had the unique opportunity to take a company-sponsored sabbatical this past February, I defined some priorities for myself for the month I would be away.

I contacted some of those lovelies and was thankful that they were receptive to actually spending some QT with me. And thankfully, many of them could see me during the day so I didn’t have to muck up the time I would have with CJ.

The week before I left for Guatemala, I started with one of my very favorite women in all of ever … Amy Jo. She and I met up for brunch at my favorite of all breakfast places – Anna’s House (it was just a day for favorites) – and spent a couple hours catching up on life. She makes my heart so full. Amy is one of those women that literally everyone wants to spend a couple hours (more) with because she’s just precious. And sweet. And she cares so much. She also serves as a bit of a counselor/mentor to me so I appreciate her even more so than just a ‘normal’ friend. She was my high school youth group leader and I’ve called her mama Jo since I was about 17 so having a relationship with her at *cough* 37 is something I cherish. We ended our brunch with a giant hug and a prayer in the parking lot. #notashamed

The next day, I met up with Kristin. She was one of my very favorite PK’s (preacher’s kids) as her dad was the head of our church during my teens. Kristin had reached out to me not long prior to the start of my sabbatical and I was so excited for the chance to get to see her. It had been several years but really, at least ten, since any level of real conversation, aka connecting, had occurred. She was sweet enough to welcome me into a place I knew well – the cottage at Green Lake – that she and her family now share. Kristin has a heart made purely of gold and a faith that is just incredible and supremely sincere. I loved our coffee talk.

The next day, a Thursday, I had the pleasure of heading over to Holland for coffee with a woman I’d also grown to love thanks to a former pastor. Jenn and I had the chance to be pregnant together over 11 years ago. For her, it was baby #2 and of course, for me, my only. She had Leah a month prior to Connor’s birth and we stayed close for quite some time after. Sadly, as seasons change, she and her family relocated to the Zeeland area for another call and we didn’t meet up as regularly as we should have. Jenn is one of the most calm and collected women I know. I respect her more than she’ll ever know because she’s pursued some really important passions and I find that such an admirable endeavor. Being a faithful servant is just something that doesn’t require effort from her.

That same evening after I’d visited with precious Jenn, my favorites from Guatemala v1 came over to pray with me. It was brief but my heavens, I do love Doug and Sally dearly. Doug was the only man, truth be told, that was allowed to participate in my girl time so I know he frequently gets jealous about our lack of time, but c’mon, he was the ‘chosen one’! I was grateful for the time because they also brought CJ along into our prayer and of course, by the end, I was in tears and just so grateful they took the time to show me some love.

When I returned from Guatemala, I took a rest day before traveling up to Traverse City for what were some of my best sabbatical memories. Alissa and I figure we hadn’t met up since we were 19/20ish and it was far.too.long. She welcomed me into her home boasting beautiful views of the West Bay and full of the joy of two little boys, one cherub-like little girl and one sweet dog. I had promised myself I wouldn’t take over her whole day because, doctor. But, she was kind enough to just sit and catch me up on all that’s gone on in her life for the last seventeen-ish years and I did the same. We were best friends in high school so of course, conversation flowed easily. But, we’ve each been through an entire lifetime of change since those easy days of basketball and boys. I love Alissa for being exactly who she was shaped to be. I also loved watching her play the role of a mom. She was 100% engaged and fun and man, those kids are just #blessed. I promised her I’ll be up again this summer. I mean, Traverse City and a girlfriend? Yes, please. And of course I am always a fan of the views.

And because I am not one to ever admit fatigue, I drove over to Ann Arbor the following day to catch up with Rachel. Rachel was my college housemate for three years and stood in my wedding. I’ve always loved her honesty and ability to cut through the crap. Rachel knows who she is and doesn’t apologize for it (nor should she!). She and I wandered around the Ann Arbor Children’s Museum and were almost blown over on our way to Starbucks with her daughter, Eleanor. I loved having the chance to make friends with her little one since we’ve only gotten to meet one other time, but I just felt so honored for Rachel making the time to re-connect. Again, we were so close that even now, conversation is easy. It just requires that we talk about years at a time vs. months these days. But it’s okay. I will always cherish her friendship. She keeps me laughing and I appreciate that immensely. 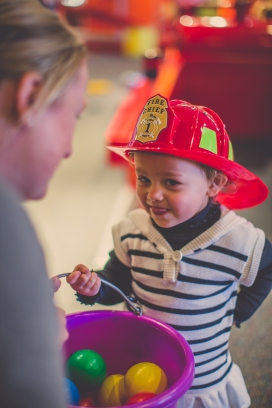 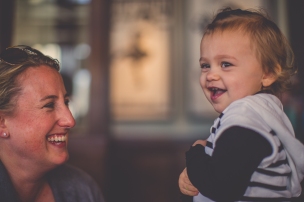 Did you know they opened an Anna’s House in Kalamazoo? So, basically my three closest cities include my favorite breakfast place. Which is awesome. To celebrate, my best good work friend Melissa and I had breakfast the Thursday after I returned. It was so. good. to see her. Melissa is literally the nicest person I know. She will bend over backwards for anyone over anything and while I want to punch her sometimes for being too nice (to other people, course), I wouldn’t trade her for friendship for anything. She’s seen me through some of the worst of it and still wants to talk to me. Amazing! But seriously, there are few as precious to me. When we normally have multiple run-in’s a week, it was starting to feel a little weird not to run into her. I vote for breakfast run-in’s from now on!

I’m also blessed to have some church girlfriends that can still tolerate me after many  back-and-forth and up-and-down seasons. Deb, Kammy and I met up at Biggby on a sunny Saturday morning and I shared how Guatemala, again, stole my heart. The time wasn’t enough, but I swear that Deb and Kammy are both far funnier than any church girls should be. Kammy, although she’s known me since we were just essentially newborns, continues to make me smile. She knows how to connect with anyone and is just one of those humans that you want to befriend. She’s another ‘little bit of Jesus’ to me. Her spirit is truth and love and you don’t have to question what her priorities are, which I wholeheartedly appreciate. And Deb? Well, Deb makes me laugh way too hard and literally has the best facial expressions of pretty much anyone. She’s really just so genuine and a woman I admire for the way she lives and loves.

I, sadly, ran out of time to visit with everyone I wanted to see. I did, however, squeeze in one more coffee date with another one of my best good work friends, Kim. She and I met up at Water Street in Kalamazoo so I could get a visual of the office without having to go in and get a sense for how my stomach might turn upon my first ride up the elevator. What I appreciate about Kim is how we can very openly share our faith and be open to each other’s take on well, anything. She is like a third, I guess, mom to me and I have valued her friendship immensely over the past ten (is it ten?!) years we’ve had the opportunity to work together. Kim is just so very special to me and frequently allows me to vent without judgment. I appreciate her more than she knows. #cubebuddies

Gosh, this was much longer than I thought (#sorrynotsorry) and I totally didn’t even share nearly as much as I wish I could have about each one of these amazing women. Nor did I get to see everyone I would have hoped. But, I can say with absolute certainty that the time I did spend with these women was one of the best goals I could have set forth for my sabbatical. I’ve come to realize that women who have a heart of acceptance, compassion and understanding are worth more than I ever realized as a boy-crazy teenager. I am so grateful for the time each of them offered up and for the opportunity to do a little bit of life with them, even if it was just for a coffee date. Girlfriends, I hope to always remember, are just like food for the soul.