How’s that for some brain-busting alliteration fun on this Wednesday?

When I planned our quick trip this past weekend to Dallas (not too far in advance of course because, planning), I had a wedding invitation nearby that I was absolutely positive had Lacie’s name, David’s name and a start time of 1:00 p.m. Thankfully, I was going to the right wedding. The unfortunate part was that it started at 7:00 p.m. #fontchoices

I opted to have CJ and I fly out of Detroit because it would have cost about half again as much to fly out of GR or Kalamazoo. And with the beauty of park, sleep and fly, I could save money and avoid on-airport parking so we could easily get ourselves shuttled there and get to our gate in plenty of time for our 7:15 a.m. flight. That meant we had to be up and at ’em around 4:00 a.m. and thankfully, I woke up more than once an hour because I’m so scared I’ll over-sleep. When you’re the only adult in the room, you have responsibilities!

Speaking of responsibility, I found some nice people next to us at the airport and after watching them for a few minutes, decided it was safe to ask if they would keep an eye on CJ so I could use the ladies’. When I got back, I quickly realized that Connor not only talks to strangers but he befriends them and then very quickly finds ways to tease them mercilessly if they are UofM fans. That little banter lasted until we arrived in Dallas and bid farewell to our new friends. They opted to engage in a war of words until the bitter end. I just shook. my. head.

We had some errands to run first thing so we found our way to a super awesome mall. To find shoes (of course I thought I needed a new pair for the wedding). We also realized while we were there that the NFL draft was taking place just down the street and so we also had to buy a t-shirt! I think it says, “I came all the way to Arlington and didn’t know the draft was happening here, but at least I have a shirt.” Or maybe it was just “NFL Draft”. Either way, we have a shirt.

The good news about the 6-hour mix-up was that we had a place to crash beforehand. With the rest of the Lowman and McLaughlin crews opting out of air travel, they’d left before we did and had a couple of hotel rooms so we could chill and get ready.

When we were heading out of the hotel to take off, I begged my mom to snag a photo because I literally had the most handsome date ever. I mean, come. on. 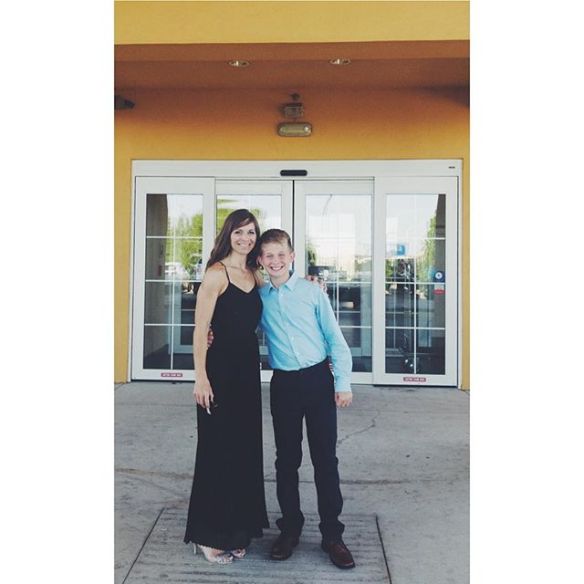 Here’s the thing. I knew we were going to be on the ground for less than 20 hours but I also knew that there was no way I could miss this sweet wedding. And it was just that. Now, I can’t lie. It’s always hard to attend a wedding I so badly wish I was shooting. The grounds were beautiful and of course the bride, groom and their parties were perfection. But I was also thankful just to watch in this case because as soon as I saw Lacie, the water works started. I honestly couldn’t control it and her poor mom said she couldn’t look at me or she’d lose it. It became laughable as both Alyssa and Lindsey were looking at me like, ‘poor aunt staci.’ What?! I love/hate weddings!

Despite my tears, I did snag a few photos. And although I know how photographers hate phone photographers and those who just generally get in the way during a ceremony, I’m not sorry. 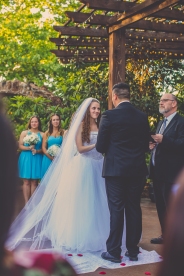 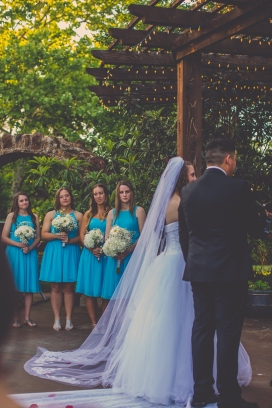 Shortly after an excellent meal and meeting sweet David (and both welcoming him and apologizing to him for our family), Connor and I did a quick wardrobe change in the parking lot so the Lowman crew could save me baggage fees. We really did! But it was dark.

We had to head back to Dallas to get to our second hotel that we were literally checked into for four hours. That was sad. But what a nice bed! Our Sunday flight left at 5:15 a.m. so I decided 2:10 a.m. was the latest I could get up and feel okay about making it. After one very illegal u-turn on a one-way, we were at the airport without issue. The good news was I’d begged the airline the day prior to seat us next to each other and they said they couldn’t help, printed me some boarding passes (who even uses those anymore?!) and told me to check in the morning. I walked up to the counter when we arrived and the attendant basically blew me off. A few minutes later, he asked for my name again and said we were seated together. #thankyouJesus It literally almost made me cry again. I guess everything does. But I was so thankful to sit next to CJ so 1) I could tell him the window seat was mine this time and 2) we could both catch a few zzz’s. The only bummer of our trip was a 2-hour delay in Chicago with the anticipation of a two-hour drive home.

But alas, not even 48 hours after we left, we were back. We were exhausted and sort of smelly (I’d say Connor leaned more towards definitely but it isn’t a competition), but I wouldn’t have traded seeing Lacie and her family on the biggest of days for her for anything. I saw a belief in a story woven by God, love for a man that will cherish (and cook!) for her and a sudden shift from this sweet young lady I’d always known into someone’s wife.

And may my date stay the same size and age forever and ever so I don’t have to worry about ruining my mascara at his wedding. Thank you. Amen.