Let me start by saying … I am not a fan of “selfies”. For those who are not all up to speed on the kids’ lingo, Urban Dictionary defines a selfy (why yes, there is a plural and singular version of this made-up word) as follows: A strange phenomenon in which the photographer is also the subject of the photograph, in a subversive twist on the traditional understanding of the photograph. Usually conducted because the subject cannot locate a suitable photographer to take the photo, like a friend.

Basically, I didn’t have anyone to take a photo. Like a friend. At the moment. Well, I have friends. I think.

Anyway … I HATE seeing myself in photos. It’s that visual reminder that I really do appear to be getting older. Thankfully, I just started using eye cream so that should help. Right?

I posted just recently about needing to chop the mop. It was, as I mentioned, getting out of control. Hairs were everywhere. I started sharing just where and didn’t want anyone throwing up in their mouth.

I was reminded of a friend who owns a hair and day spa in Kalamazoo and the rest, as they say, is history. She was so excited that I reached out to go on a a quick weight loss plan at her establishment. I actually (don’t laugh) scheduled the appointment this morning. As in, 10:00 a.m. EDT today. Sheri had let me know last week that she was a couple weeks out … because why wouldn’t she be? She’s the bomb-diggity! For those unaware, Urban Dictionary defines that as: Totally the awesomest, no lie. And she totally is … the awesomest. So, I called and one of her stylists, Stephanie, said she would gladly take the scissors to the mess.

I left the office just before my appointment. I took a moment to grab a “selfie”. I only took one because, hey, it wasn’t going to get much better. 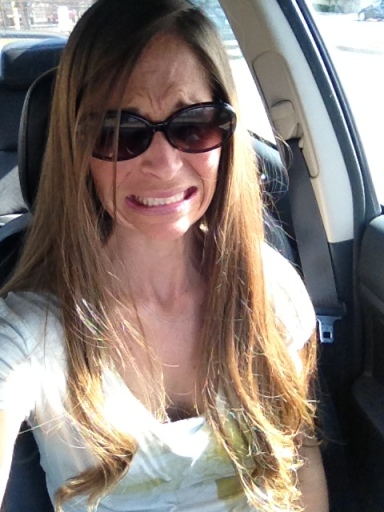 I went to Avanté Hair & Day Spa to meet with Stephanie. She really was so excited to chop-chop. We got four ponytails in place and she asked if I was ready as she cut the first hair. She really didn’t let me have a chance to respond; it’s probably better that way.

Anyway, about an hour later, I asked them if I could step on the scales. The weight loss plan worked! Maybe 3-4 pounds lighter? I saw my hair on the little cart and couldn’t believe how much sat there. It really is beautiful hair and I’m really happy that I have the opportunity to share it with someone else that might need it significantly more than I do*.

I took another “selfie” when i got in the car.

When I got home I thought I could get a better shot. Maybe I should have used the word assume … because we should never do such a thing?

I won’t talk about the 300 shots I took when I got home. Did you know that, for some folks, there is no such thing as “good light”? 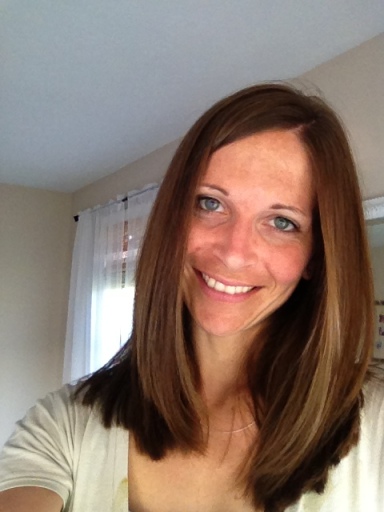 This one was for my mama because I think she has a senior pic in my old bedroom that looks exactly like this. What is it with the head tilt? 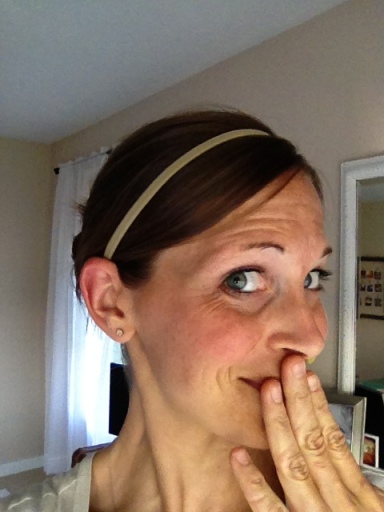 yay for the pony!

And miracle of miracles, I can still throw it up in the pony/bun thing! Color me ecstatic.

It’s just hair. I posted that with my cut hair photo earlier. It could grow back and I could even get extensions. Stephanie (the adorable young lady who cut my hair) told me I could.

Thank you, Sheri and Stephanie, for lifting this weight from me! I’m sure Connor will thank you, too.

4 thoughts on “a little before and after”