With the losses my friends, family and I have suffered this year, I’ve come to realize what I love most about this little photography hobby of mine.

I am uber-casual when I approach a session. Of course, inside, I am having a severe panic attack but on the outside? Cool as a cucumber. My hope is to have whomever is in front of the camera to feel at ease and to do what comes naturally. I love shooting children for that reason. It is a rare occasion that a two year old is going to follow any sort of direction and it’s in those sessions that I’m able to capture the most natural expressions. Weddings often turn out the same way. The bride and groom (and extended participants) aren’t thinking about the camera … at least not all the time, so I’m able to catch them being in love, being goofy, being … themselves. I frequently tell clients I don’t want to direct them and although sometimes I find that I can’t avoid it, especially if they freeze; more often than not, I just want to capture the very essence of who they are in that moment.

It’s become all the more clear to me why I approach it that way over these past few months. We lost my Uncle Harry in March, Paul in April, a high school friend lost her best friend in July and now, just this past weekend, dear family friends lost their husband and father.

I didn’t have many photos with my uncle. But, peppered all over the funeral home were collages of photos of him grinning from ear to ear (as he did) with his family. These weren’t professional photos; they were candid shots of those moments where he was most content … usually on the lake fishing or at a camp site. And Paul’s loss was so sudden and tragic that many of those candid moments were lost. Thankfully, friends and family were able to help furnish some photos of him … usually looking entirely goofy or playing his guitar.

These last two losses, though, brought the point home even further. I photographed weddings in which both of these individuals participated. My friend Mandy’s matron of honor, Ellen, passed away on July 4th. She was our age and left her husband and four children behind. I hadn’t met Ellen before the wedding but we talked a lot that day. Having known her only briefly, it was entirely clear why Mandy was so close with her. She was a sweet, sweet soul who loved her friend immensely. When I’d expressed my condolences to Mandy, she thanked my sister and I for the photos from her wedding day. They were reflective of a snapshot in time when Ellen was healthy, vibrant and full of life.

a prayer before the ceremony

celebration of a friend. most would notice mandy’s expression. i see ellen’s.

The Brenner family’s loss is still very raw but when they shared that their dad had passed late Thursday night, Brittany (my daughter from another mother) changed her profile photo on Facebook to a photo from her wedding. She shared a photo with her dad at a healthier, happier time, and of a man who was obviously very proud of his daughter (all of his children). There were photos in abundance at his service … many candid moments when he was being entirely silly, dressed in a Santa Claus costume or when he was hoisting a grandchild on his lap, obviously in love. 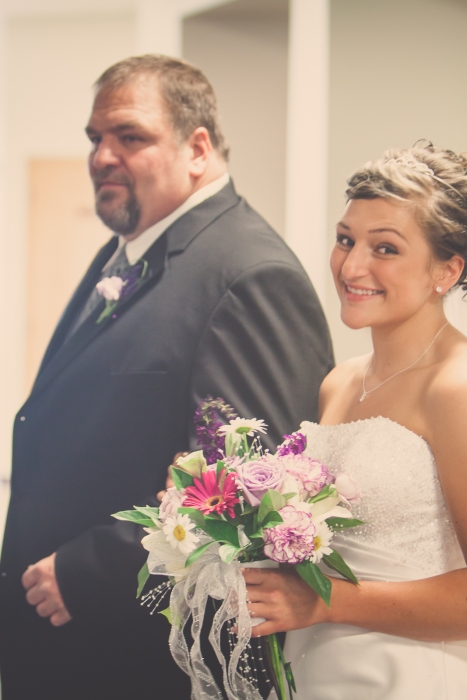 I guess the point here is just to take more photos. Capture those moments with the ones you love being exactly who they are. And make sure you jump into a few of them yourself as well. Your snapshot in time is equally important.

2 thoughts on “snapshots in time”