I know it’s super hard to believe that we’d only arrived at my team’s very first day in Guatemala last we connected but I also know you can’t be surprised by my wordiness by now. #amiright?

So, on this very lovely Friday night, I’m going to take you through day three of our trip; aka, the first day my heart officially fell in love again. I’d shoot for more but you know, words.

We hadn’t had much time Sunday night to comprehend much of our surroundings and thankfully, we were due for and received an amazing night’s rest. I always hesitate to complain about wherever we find ourselves bunking for a mission trip, but if I could just pick one tiny thing … it would be my pillow. I’m most definitely not accustomed to staying in a hotel on a mission trip so that felt like a luxury in and of itself so don’t get me wrong. But, and I’m pretty sure of it, my pillow was made up of rocks. Or at least the first time I flipped it over I thought it was. Because it weighed 15 pounds. And although I exaggerate, that’s only slightly.

But when we woke, we had only a short flight of stairs up to a rooftop view of the beautiful city God gave us for the week. It became my place of rest throughout the trip. Nothing spells peace like sitting on the ledge overlooking a city surrounded my mountains. I know the group questioned where I camped out but I’m daring like that. The boys joined me and I got to capture some sweet moments of them taking it all in. 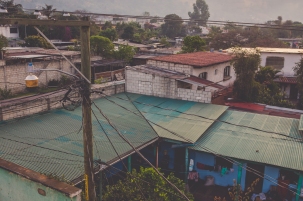 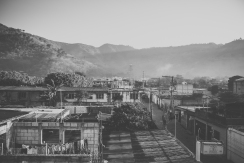 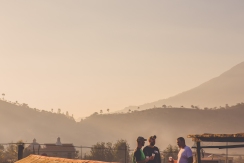 Breakfast arrived for us promptly at eight with our buddy, Dale. Shortly thereafter, April, another member of the Hope 4 Home team arrived. We would come to know the Beyer family (Dale, his wife, Anita, and their two girls) as our source of food for the week and boy, am I ever grateful for them. We were treated to sausage and eggs and these ridiculous smoothies that became my favorite joke of the week because they were mixtures of fruit and juice frozen in styrofoam cups. And I definitely broke through that first one attempting to destroy its goodness. But the joke became that they prepared those for us to keep us occupied like little kids when they needed to talk with us. We were so intent on carefully breaking the smoothie down so we could nosh on it and they could likely have talked for hours while we did so.

While they were giving us the rundown of our week, Gerardo also stopped in. Gerardo also worked for Hope 4 Home and, although having grown up in this city, spoke amazing English. He happily snatched the rest of my smoothie. My hands were simply too tired.

Our Monday would be fairly light in terms of ministry. We were going to go to Hermano Pedro, grab lunch as a team in Antigua and spend some time in the market to finish out the afternoon. I was bummed to hear that Hermano Pedro had a new facility. I recalled that we’d visited this hospital during my trip in 2014, so seeing something familiar was something I’d looked forward to.

Today, though, Hermano Pedro is just outside of Antigua situated up on a hill with ridiculously stunning views. To say it is a different facility is an understatement. The property is amazing and the interior is perfectly appointed for residents and staff alike. The ladies headed straight for the restrooms because the #1 rule in Guatemala is to drink water (I think). And wouldn’t you know I had already forgotten not to flush paper? And would you believe I felt so guilty I fished it out? I’ll let you picture how that might have gone.

We toured the facility and greeted residents along the way, even participating in a little dance party with some of the older residents. I loved watching Mike with the young man he was assisting. When I looked over, he was wearing Mike’s glasses and hat and if you know Mike, he doesn’t share his hat. I was so proud of him for allowing God to use him in that moment.

We headed back downstairs to the young adult wing and I chatted with some of the residents. Most of them have pretty severe disabilities, primarily cerebral palsy so many are nonverbal as well. It was then that my heart skipped a beat. I saw a face I remembered. I immediately asked one of the volunteers how long he had been there and he assured me it had been most of his life (definitely more than since the three years prior I had been there). His face was so recognizable because I’d fed Juber via a bottle on my last trip and I was freaking out because he had trouble keeping it down. He was so frail at that point that I was worried about every last drop getting into that tiny body. And now, here he was, smiling as big as he ever did. I spent a good amount of time with him and so my hopes for seeing something familiar were blown away when I, instead, saw someONE familiar. Connection.

Before we left, we were allowed to go out on the rooftop and even climb up on the roof. What hospital in the states has that kind of access?!

Lunch was in Antigua after what some might call a scary parking situation but April for sure knows how to maneuver a van in that country. An Alabama girl, she’s spunky and doesn’t worry about the noisemakers. She just does her thing and I have to give her props. She does just fine.

We had a great time lunching at a local hot spot, Pollo Campero, that apparently delivers ‘Flavor You Can’t Campero’. Hmm. I mean, it was … ok. But the company was better. In fact, I’d dare to say that no other lunch company can even campero. Sorry.

Thankfully, we had the opportunity to walk off our lunch in the Antigua artisan market. This was also familiar and so when they told us we had some time to burn there, I stole Mike and we took off to the ‘real’ market where you can literally get lost in the maze of booths and have the opportunity to see meat hanging, flies flying and piles and piles of shrimp and other delectable fish. He didn’t love that. Oh, and of course, the vendors are always nice enough to ‘let you look for free.’ But, I feel like the market is must-do if you’re going to be in Antigua. So, we did.

It was the first opportunity Mike and I had some time to just be. Don’t get me wrong. I am so thankful for the people we got to spend our time with. The group is amazing and I love every single last one of them to pieces. But, I was so thankful for to just go walk around with him and show him the place my heart calls home. Plus, he makes me better. He calms me down, tells me when I’m being ridiculous (which, to be clear, is almost never) and this time with him was something I’d never had. Our ‘life’ together didn’t start normally in that we both have kids and stuff and so we’ve not had the opportunity to spend a week on our own. And I’m thankful it was in Guatemala.

That afternoon, we got back to the hotel and Big G (Gerardo) as we came to know and love him by offered to walk us around San Antonio. I jumped at the chance because pictures! Mike is a good human and offered to come along. We walked for about an hour and took photos and Big G shared his story with us. And Mike and I shared our story with him. It’s funny because we always say (and agree) that we don’t make any sense at all but that we choose to love each other through the mess that we have. And it works. Suffice it to say, I won’t ever regret that walk or our time with him that day. 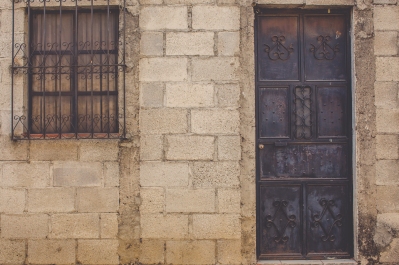 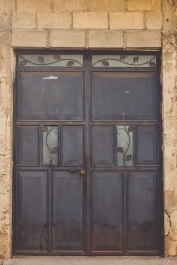 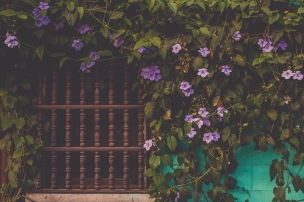 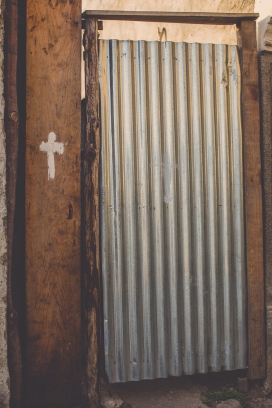 When we arrived back at the hotel, Gerardo asked Mike if he’d like to ride his motorcycle so, and I don’t often see Mike get excited (remember?), but he totally was. So he totally did. And it was h.o.t. HOT! Sorry mom.

We left for dinner shortly thereafter; a short hike to Dale and Anita’s home. Mike was riding Big G’s bike so Gerardo could guide the rest of us. About 1/2 way there, he asked if I wanted to ride. Normally, I wouldn’t have. Because I hate motorcycles. But I did and I felt like a girl in a 1980’s movie. Of course, I wore it all over my face. Like I do. And when we got to Dale’s he gave me grief because I didn’t know how to get off the bike like a lady. I really like him.

We had a lovely meal with the Beyer bunch. Their home is awesome and Dale shared a bit of their story (while poor Anita lay in bed and reminded him she could hear him if he goofed on any details of their relationship). What I love about them most is that they just stepped right out there in obedience and said, ‘ok, God. here we are, send us.’ So, He did … four years ago to Guatemala. I’m so thankful that their home became a consistent destination for us; so much peace, love and togetherness in that place. After dinner, Kellie and Dennis shared their story as a follow to our Sunday morning devotion time Dennis led. I love Kelllie and Dennis because they were like my parents on the trip (even if they didn’t know it). Kellie and I had a sweet bonding moment that morning and I jus knew she would be easy to love. She’s beautiful, quick-witted and has an obvious heart for children. And Dennis? Well, he was our Goliath. But he’s the antithesis of that fear monger. He is a gentle soul who quietly leads and loves, loves, loves his wife. That was what made me appreciate him all the more. Their authenticity as a couple is just something I felt so drawn to. That, and they are so very wise. I didn’t say old! Just wise.

When we got back to the hotel, Paul and Jill were up. Paul led us in some reading out of Matthew 21 and they acted as though they were brother and sister as they shared of their journey. I love those two to pieces. I had a hunch after hearing their story that this week would be amazing for the two of them, both separately and as a unit. Paul is this ridiculously smart guy who likes to downplay how amazing he is because he simply doesn’t believe it. So, I gave him some grief about that and told him to knock it off. I actually was channeling Mike, truth be told. Because I am the exact.same.way. I mean, I hear people say I’m ok, but I typically don’t buy it. So I could read Paul like a book. And Jill? Well she has a heart of pure gold and I couldn’t wait to see how God was going to wreck her for the good in the week ahead.